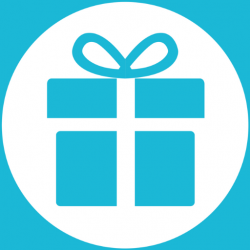 Gifting Sherpa Team
We, the Gifting Sherpa Team, are a group of writers who are excellent gift-givers. We’ve given gifts to pilots, new moms, unruly teenagers, and office workers. We want to share that feeling of giving the perfect gift to those around us. We love shopping, and we love sharing the items that we love the most. We have a passion for finding the perfect gift to spark joy in the hands of the receiver.

1. The Xbox One X or PlayStation 4 Pro 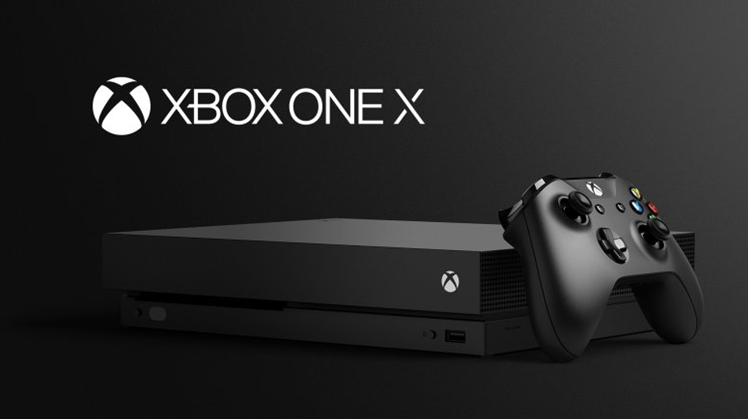 These are the machines for the power-gamers. These are the two most powerful consoles out there, offering native 4K and High Dynamic Range (HDR) support, so if they have the TV to support the power of these devices, they could get some mind-blowing gaming experiences from these machines.

Let’s take a look at the two side by side:

Now, these two devices may seem very similar on paper, save for that price difference and that last row there… backward compatibility. What does that mean you may ask? Well, the Xbox has one strong benefit to it that the PlayStation does not have, access to more than a decade of older titles available to play on your modern console.

The console before the Xbox One, the Xbox 360, had an immense library of over 2000 titles, and Microsoft has been doing the work to make them playable on their new console.

Nearly 500 of those games have been made compatible on the Xbox One, and additionally, they have begun adding compatibility for the very original Xbox games as well! Thus far they have added support for 32 of those titles.

If your giftee had an Xbox 360, then there’s a good chance that many of the games they owned will be once again playable on the Xbox One, something the PlayStation 4 does not offer in any capacity—the PS4 consoles only play PS4 games.

On top of being able to play their old games, they now have a substantially more extensive library of games to purchase from, and many of the older generation Xbox titles can be found for very cheap now, most for $10 or less pre-owned! Here is the full list of backward-compatible games from Microsoft.

Another Plus for the Xbox is Microsoft’s Game Pass subscription service. This service is a sort of Netflix for games, providing a vast library of games for downloading to your console for only $10 a month.

This includes all of the brand-new Microsoft developed titles! So if you know you’re giftee is going to want all the new games that come out, you could save a lot of money by subscribing to this service rather than paying up to $60 for the game a la cart.

Sony’s competing service, PlayStation Now, is double the price at $20 a month and doesn’t have as wide a variety of titles. 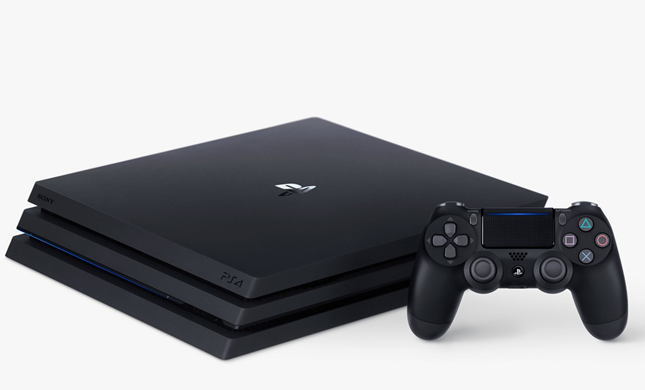 There are some bonuses to the PS4. Sony’s platform gets many more exclusive games that don’t appear on Microsoft’s platform, so you may miss out on some games that you can only play on the PlayStation.

The best advice I can give is to look into the kind of games your giftee likes to play and see if they can only be found on either one of the platforms. Make sure they can play the games they want to play!

Nintendo has been in the gaming business for decades, and their newest offering is a nifty little machine that offers a combination of portability as well as a home-gaming experience!

The Switch itself is a tablet with a touchscreen and two small controllers called joycons that slide and attach to the sides. This tablet is very portable (A fair amount larger than your smartphone, but a good deal smaller than other tablet computers) but also comes with a charging dock that connects to your TV, allowing you to charge your Switch while playing on the big screen!

You just slide it in and detach the controllers, and the image moves onto your TV. It really is quite magical.

The Switch also provides a fantastic and ever-growing library of games and Nintendo’s trademark charm and characters, having iterations in the renowned Super Mario and Legend of Zelda franchises, as well as an entry in the ever-popular Mario Kart series.

Plus, each of the detachable controllers acts as its controller when detached, so local multiplayer is a breeze and much less expensive than having to spend $60+ on a second controller! 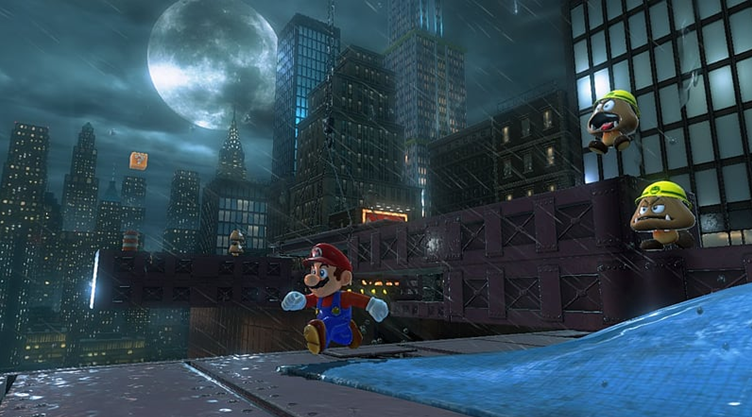 The Switch retails at $299.99, so it’s a good deal cheaper than the more powerful Sony or Microsoft platforms. If your giftee is interested in Nintendo games and doesn’t have a Switch already, then what are you waiting for!

Perhaps you want to show off the games of yesteryear? Last year Nintendo released their second in the “classic edition” lines, which features small versions of their classic consoles with the most popular games built in!

The Super Nintendo Entertainment System (commonly referred to as the SNES) is well-regarded as one of the greatest video game consoles ever made. Reigning in the early 90s, countless classic games were released for the system, games which undoubtedly hold up to this day!

This little box is harboring 21 of these classics, including Super Mario World, Street Fighter II Turbo, Super Mario Kart, and the never released game Star Fox 2! Here is the full list of games, as well as a list of US retailers.

For a relatively low price of $79.99, you can derive dozens of hours of gaming from this little box. Several of the games on this box are epic in scope that can take over 30 hours to beat! Give your giftee an appreciation for the classics. 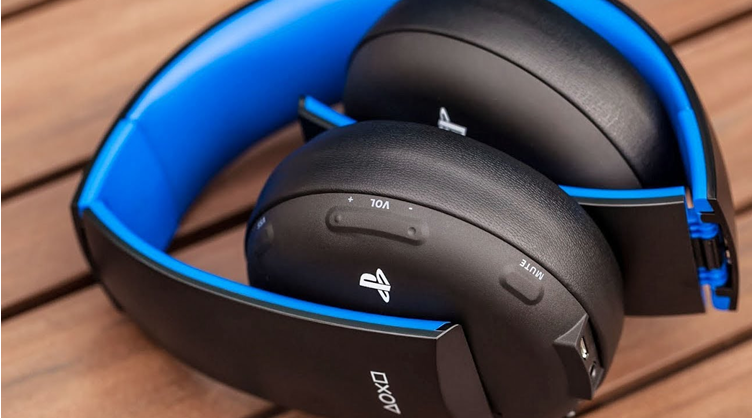 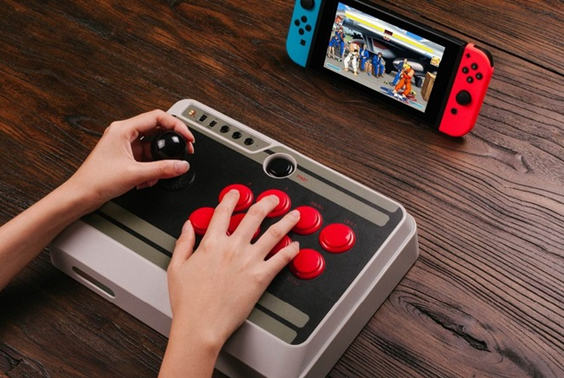 Gamers love to show off their favorite characters and games, and for that, there is plenty of gaming apparel out there so your gamer can rep their favorite games.

Stores like GameStop always stock gaming related apparel such as t-shirts and hats, as well as other gaming accessories!

Does your giftee love Pokémon? Get them a Pokémon plush keychain! Maybe even an adorable Pikachu piggy bank?

Perhaps you’ve heard your giftee talking about Fortnite? It’s the hottest game in the world right now, and the developer has an official Amazon page for their merch!

These figures are coming to be fairly valuable collector’s items. Let them decorate their rooms with their favorite characters! An additional bonus is that Nintendo’s Amiibo can also be scanned by the current Nintendo consoles to give in-game bonuses you can’t get anywhere else. This makes them highly sought after!

Recently released PlayStation exclusive reboot of the God of War franchise of games has been receiving critical acclaim. Review aggregator metacritic indicates that the average review score is a 95 out of 100. That’s some positive reception!

The game has a narrative about a demi-god father and his son traveling throughout the land of the Norse Gods. The game is packed full of fast-paced action, with players taking control of the demi-god Kratos as they fight mythic monsters and gods in their quest to fulfill their late wife’s final request.

The game employs film-like single-shot camerawork, with no breaks in the 30+ hour gameplay experience, in addition to some of the most breathtaking visuals in the history of gaming. God of War is truly an accomplishment and is definitely one of the finest achievements in gaming this year, possibly of all time!

Gaming is always changing, and it obviously can be hard to stay on top of things to deliver a satisfying gift to your loved ones. The games and devices on this list would please any gamer today and provide an unforgettable present!

We, the Gifting Sherpa Team, are a group of writers who are excellent gift-givers. We’ve given gifts to pilots, new moms, unruly teenagers, and office workers. We want to share that feeling of giving the perfect gift to those around us. We love shopping, and we love sharing the items that we love the most. We have a passion for finding the perfect gift to spark joy in the hands of the receiver.
Tweet Pin It 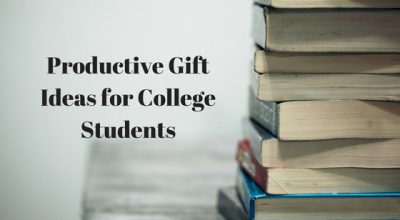